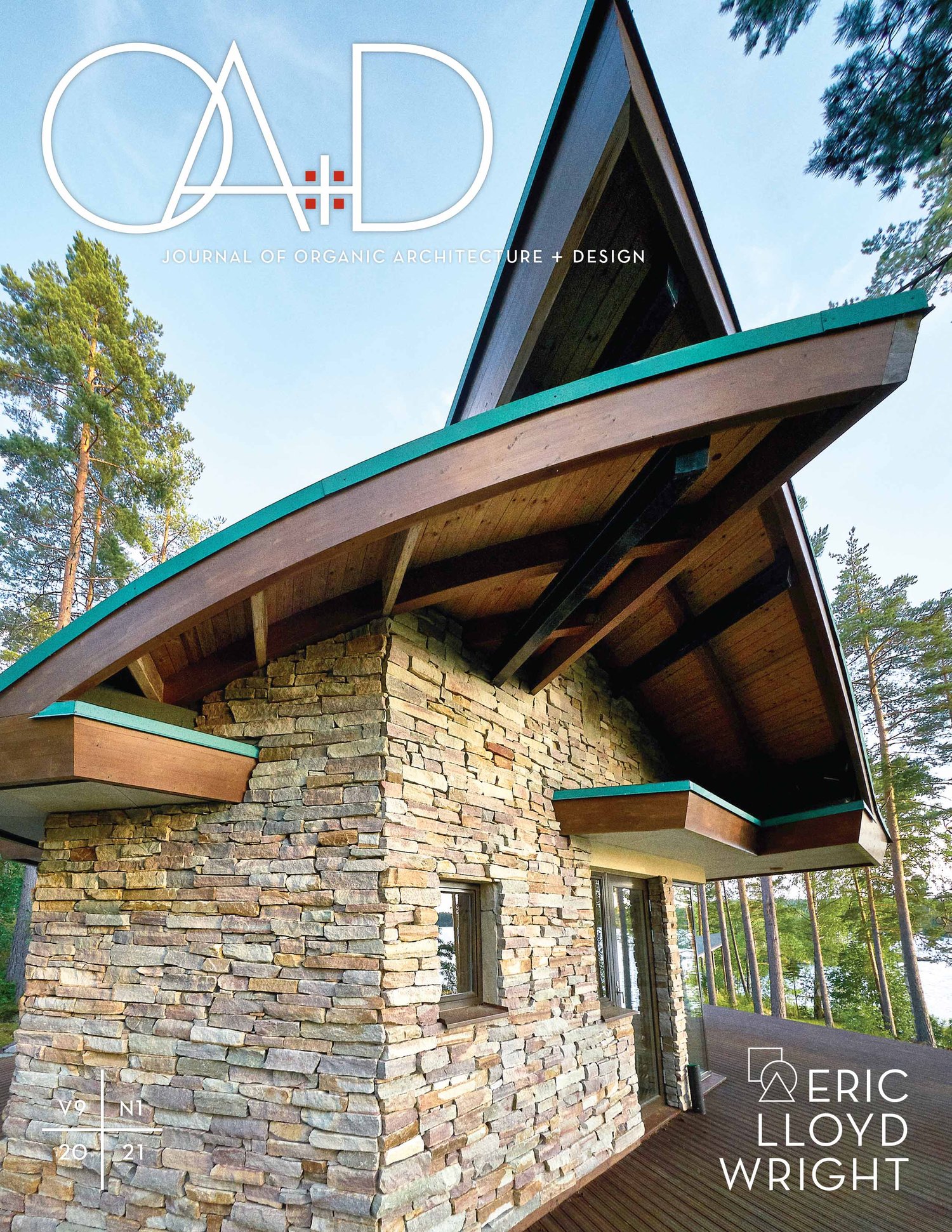 Essays by William B. Scott, Jr. and Gary McCowan

Eric Lloyd Wright — son of Lloyd Wright and grandson of Frank Lloyd Wright — is an architect of rare pedigree and a creative force in his own right. Eric is a sincerely genial and generous person. He appears often in various local and national publications — having been interviewed about his family countless times. His advocacy for organic architecture as developed by his grandfather has been second to none. However, very little has been published on the work of Eric Lloyd Wright.

This issue seeks to rectify this oversight, focusing on Eric’s independent architectural works created during the course of his over 50-year career. With never-before-published drawings, plans, and photographs focusing on a selection of Eric’s built and unbuilt works, this issue stands as a long-overdue monograph of Eric Lloyd Wright’s contribution to organic architecture.